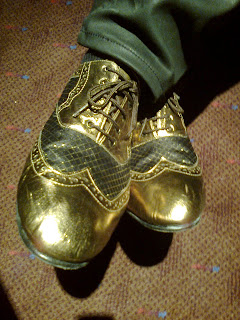 Spotted at the Tugboat milonga in Wellington a couple of weeks ago. It takes a brave man to wear these - three cheers for he who did.
Posted by Plain Jane at 5:58 PM No comments:

Those of us who see so little of the stuff in the course of our daily lives can afford to be thrilled. For those living further south, and especially earthquake-hit Christchurch dwellers, this must be the last thing they need.
But, oh, it's lovely. My garden is a fairyland. And when it started falling in big thick slow flakes on Sunday, I rushed outside to welcome it.

Bill Cunningham on the street 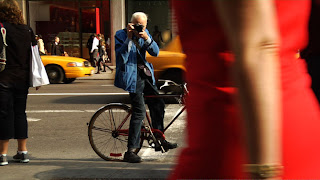 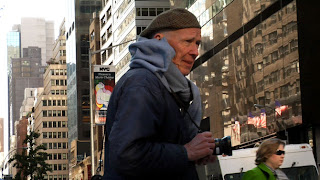 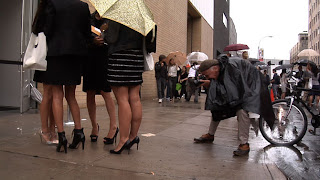 A marvellous man and a terrific documentary. In good part because the man is living until he dies. And because his focus is on the clothes real people wear on the streets of New York, not in the borrowed wardrobes of celebrities.
I came out of the cinema refreshed and invigorated.
Posted by Plain Jane at 1:05 PM No comments: 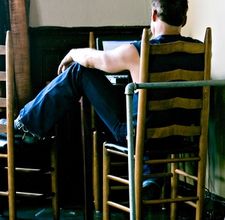 Boob tube, boobs, male sauna, sauna men, men sauna, legs ... these, so I'm told, are top of the list of key words that have led punters to my blog over the last 15 months. And I can only imagine their disgust when they got there and failed to find the kind of the action they were looking for.
A bit further down the list, though, come chanel, little black dress, divine dress code, danielle steele ... oh, and look, plain janeandnononsense.
Still, a blogger never got anywhere by refusing to cater to the lowest common denominator, so those of a sensitive disposition, please avert your eyes now.
Sex, sex, sex, sex, sex.

Posted by Plain Jane at 1:07 PM No comments: 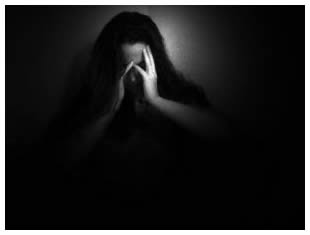 Let's hope it isn't true that just over a third of New Zealand women are unhappy with how they look, with a whopping 56% believing they would be happier if they lost weight. That's one helluva a lot of unhappy people. And if this is a true picture of the state of mind of the nation's women, we're in big trouble. All that misery and low self-esteem swirling around families, friends and workplaces?
But why wouldn't it be an accurate image? Because it's the results of a magazine survey. The issue of New Zealand Good Health detailing the survey and, I hope, its methodology, won't be out until September. But in the meantime I'm betting its respondents were almost certainly self-selected, and from a pool of readers already concerned in some way with their wellbeing. Almost certainly, more unhappy than happy women will have invested the time and energy in detailing what they believe to be the causes of their unhappiness. Which gives me grounds for hoping the figures aren't quite as dreadful as they seem.
But while the figures themselves might be skewed, the elements of female unhappiness probably aren't. Respondents also claimed that their happiness was eroded by that old faithful - guilt. Guilt about not exercising enough (64%), about eating too much (46%), about not achieving as highly as they should (37%), about letting people down (34%), about not having enough time with friends and family (27% equal).
All horribly recognisable. All such a waste. And all, I suspect, originating in the deeprooted belief that we don't deserve to be happy. 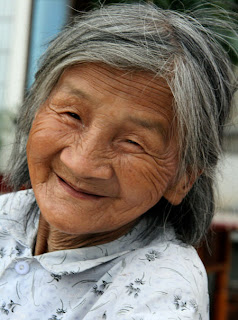 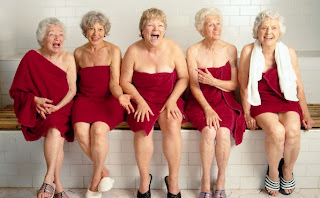 Posted by Plain Jane at 2:45 PM No comments:

I'm always glad to hear of the latest fashion jargon, so thanks to The Fashion Police for this new delight. Their report on what Kate Middleton wore to somebody or other's wedding - oh wait, it was the All Black and the Royal - sardonically cites “shopping your own closet”. It's apparently what the rest of us call “wearing your clothes”. And what that comes down to is, as the FP point out,  wearing something more than once.
Good god, whatever next?
A virtual chocolate fish to anyone who can supply further entertaining examples of foolish fashion speak.

I've been delivered a justifiable rap over the knuckles by Pinky Black:


Tut tut – the Royal wedding did not feature an All Black; Zara Phillips married the English rugby captain. Mind you, the biggest fashion story this week has been that England will ditch their usual all white uniform to play in an all black strip for some World Cup games so maybe you’re just so far ahead of the rest of us.

Posted by Plain Jane at 6:13 PM No comments: 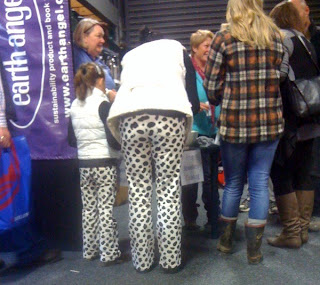 Mother and daughter indulging in a free jewelry clean at the National Fielddays, Mystery Creek, Hamilton in June. Grateful thanks to "Plain Jane Fan" for supplying the photo.
Posted by Plain Jane at 2:17 PM No comments: